In a recent Pots & Trowels video, Martin Fish took the time to answer some of your burning gardening questions and shared his expert tips and advice on everything from late autumn flowers to pear rust. You can watch the video below, or keep reading for all the top gardening tips from the man himself!

What flowering plants can I plant that will give colour and interest from August through to late autumn?

There’s so many flower varieties that you can have in the garden that will look good from really late August right the way through until October. 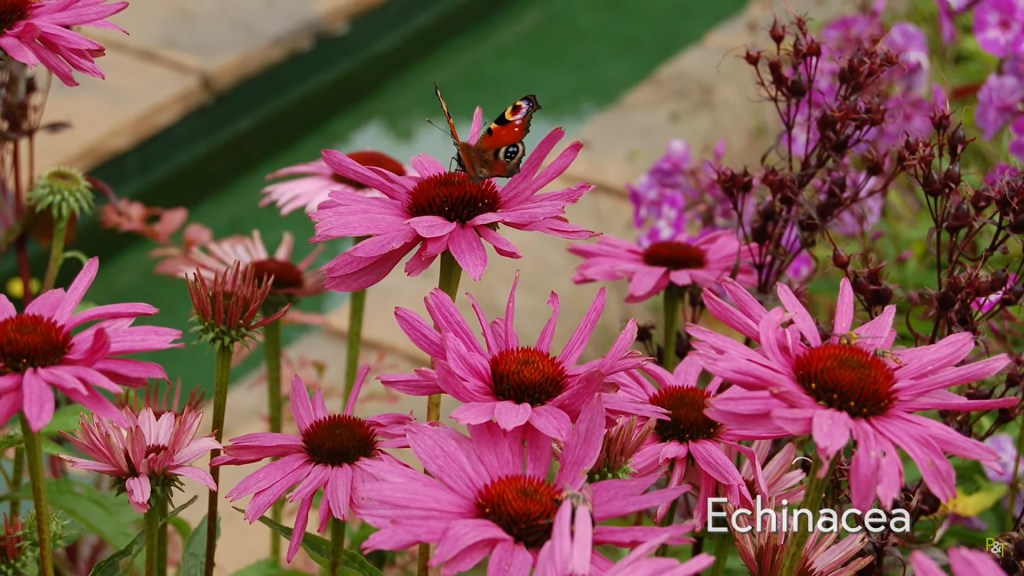 Some of my apples are dropping off with brown spots. What can I do?

Have you had a fairly good crop of apples this year, but noticed that some are dropping off with big brown spots, until the whole apple eventually goes brown? Unfortunately, this is a disease called brown rot.

Brown rot is a fungal disease you can get on all fruits, such as apples, pears and plums. It gets into a little nick in the skin of the fruit and develops very quickly until the whole fruit will basically go brown and rot and you’ll then notice that you get concentric rings of spores, too.

It’s often worse if we get a bit more rain, so if you’ve been living in a slightly damper area these past few months then your fruit and ornamental trees may be more susceptible to this disease.

There are no sprays available that treat brown rot, it’s simply a case of good garden hygiene. Pick the affected fruits off the tree and dispose of them, either by burning them or putting them straight in the dustbin – don’t add them to the compost heap. Continue to dispose of any that stay on the tree – some of them will mummify and hang there for months and months – or any that fall to the floor to prevent those brown rot spores spreading. In the winter months, consider treating your tree with an organic winter wash just to kill any of the overwintering spores and that will certainly help. 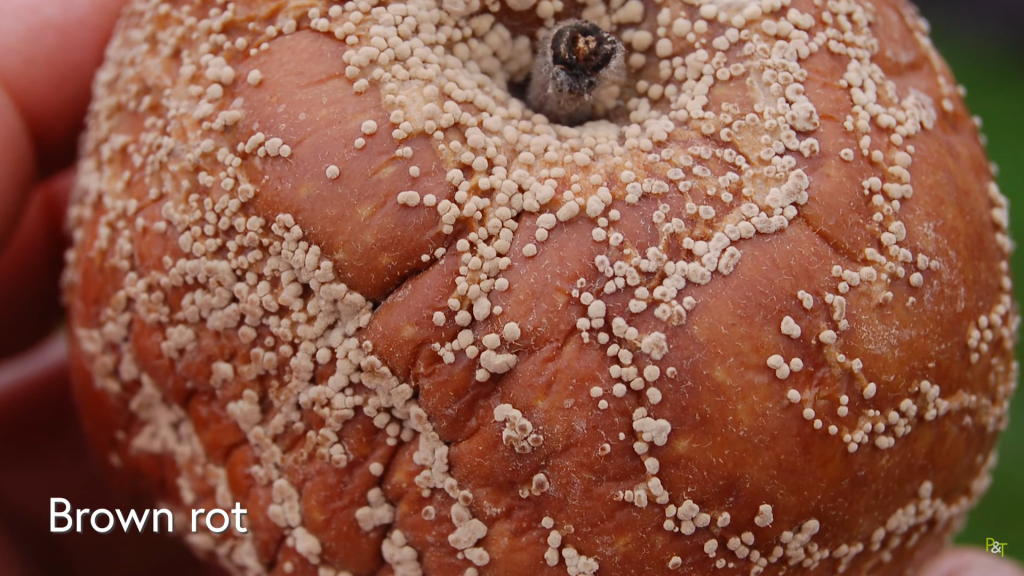 Is it too late to lift and divide irises in the garden?

It is getting a little late, but if you’ve got an overgrown clump in the garden that you need to deal with you should do it now, especially if it’s tired, looking dead in the middle and it’s not flowered very well. Lift your irises, get rid of the woody centre of the plant, discard that and save the nice new growths around the edge. Plant them straight away, water them in, cut the foliage down a little bit so that they don’t lose too much water and they will establish over the next couple of weeks and make a really strong root system.

I have a Hydrangea Annabelle in the garden, when and how do I prune it?

Enjoy the flowers on your hydrangea now while they’re still looking good, they will dry and you’ll get autumn and winter interest on them. Then, when the leaves have fallen off and it’s totally bare around next March time, get your secateurs and completely cut it down to ground level. It looks really drastic, but what that does is promote strong stems – about the thickness of your finger – and they will support those really big heads all the way through the summer.

You can leave it alone, but you may find that you get weaker growth. You’ll probably get more flowers but they’ll be much smaller, and if they do get a bit wet then the weight of the flowers can drag them down. 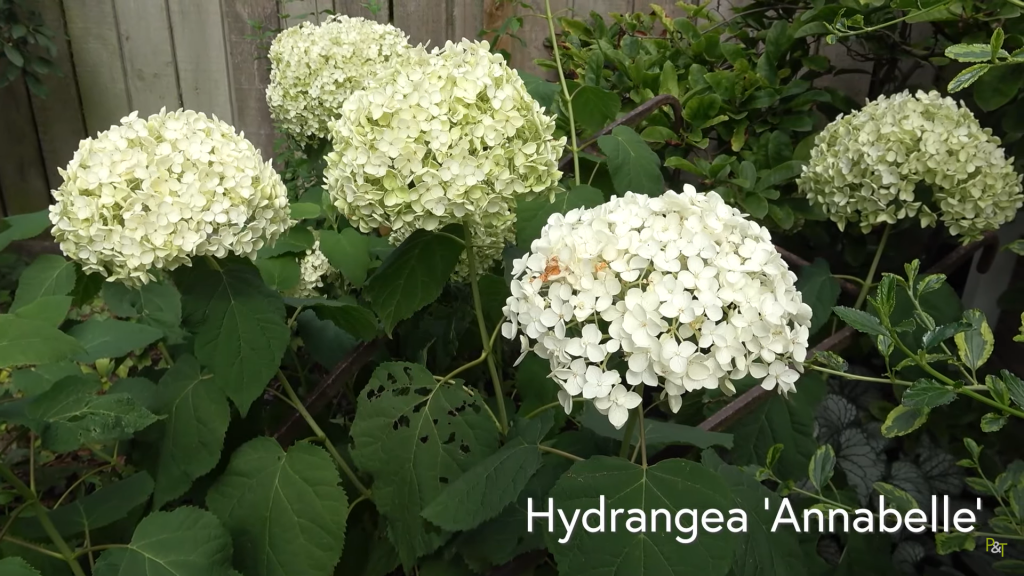 Trees are casting their leaves early, is this a problem?

Don’t be alarmed if the trees where you live are already casting their leaves. This is most likely just an after effect of the hot dry summer that we’ve had this year. We’re certainly going to get a much earlier autumn than we’re used to, and if trees have been stressed it’s their natural way to drop some foliage as a preservation tactic so don’t worry about it, they’ll be perfectly fine next year and it just means that the leaf clearing time is going to probably last a bit longer this year.

What can you do about blossom end rot on tomatoes?

So long as you’re caring for your tomatoes properly, i.e. you’re giving them plenty of water, not letting them dry out and giving them a feed, then the simple answer is there’s nothing more you can do right now. The feed will contain calcium, which is the important thing to prevent this happening again in the future.

This is probably another issue that we can blame on the hot summer. Even though you’ve been watering and feeding your tomato plants, the hot weather will mean that they haven’t been taking up enough of that calcium into the plant, hence the reason that blossom end rot develops. With hopefully slightly cooler conditions next year your fruits will be fine. Don’t forget, even if they’ve got a brown patch on the base of the fruit you can just slice it off and eat them, it doesn’t ruin the inside flesh of them at all!

What can I spray to get rid of pear rust?

Pear rust is a fungal disease that causes orange spots on the upper surface of the leaf that then develop into little corky warts below as the season goes on. It spreads in the atmosphere and the spores land on the leaf which then causes these leaf markings. The good news is that it doesn’t actually weaken the tree and that it looks worse than it is.

Don’t use any fungicides on there, or anything at all for that matter, as they don’t work particularly well against pear rust, and don’t pick the leaves off because, although you’ve got orange spots on the leaf, the rest of the leaf that’s green is still doing its job of photosynthesizing and feeding your plant. Wait until the leaves have fallen off in the autumn, and then you can pick them up and get rid of them.

Next year, make sure that your tree is fed well in the spring, mulch it when the soil is moist to conserve the moisture so that it’s growing well and it will be absolutely fine. It won’t kill the tree at all and it doesn’t affect the fruits, it’s one of those things that we just have to live with unfortunately.

Remember, if you want a question answering, leave it as a comment over on the Pots & Trowels Facebook and Martin will do his best to get to it next time!