In a recent Pots & Trowels video, Martin Fish sat down at the Malvern Autumn show and took the time to answer some more of your burning gardening questions, sharing his expert tips and advice on everything from hydrangeas to hedges. You can watch the video below, or keep reading for all the top gardening tips from the man himself!

What plants are suitable for growing in a shady spot? There’s some light but it doesn’t get full sun.

Woodland type plants are great for growing in a shady garden and can provide colour all-year-round. Here’s a few suggestions for plants to grow in a shady spot in the garden:

What can I do about preventing blossom end rot in my tomatoes next year?

Blossom end rot is a deficiency – rather than a disease – that occurs in tomatoes when the plants don’t get enough water and calcium after it has flowered. It’s incredibly important that you don’t let the plants dry out when the flowers have developed. Making sure you feed them regularly (once a week ideally) with a high potash tomato feed, which also contains additional calcium, will help too. The moisture around the roots is the most important thing to help prevent blossom end rot next year, though.

Should I cut back a new Hydrangea Annabelle or leave it for the first year?

Autumn is the perfect time to plant things like trees, shrubs and herbaceous perennials, so get your Hydrangea Annabelle planted into the ground now if it’s not already, as it will give it time to get its roots down and establish.

The ideal time to give it a prune is in the early spring, when you can see those first signs of buds just starting to swell. With Hydrangea Annabelle, you want to do a really hard prune. This means that you want to be cutting it down to a few inches from ground level to get a mass of shoots from low down which will then flower for you around next July/August. After pruning, you can feed it and give it a bit of a mulch just to give it a bit of a boost and it should be absolutely fine. 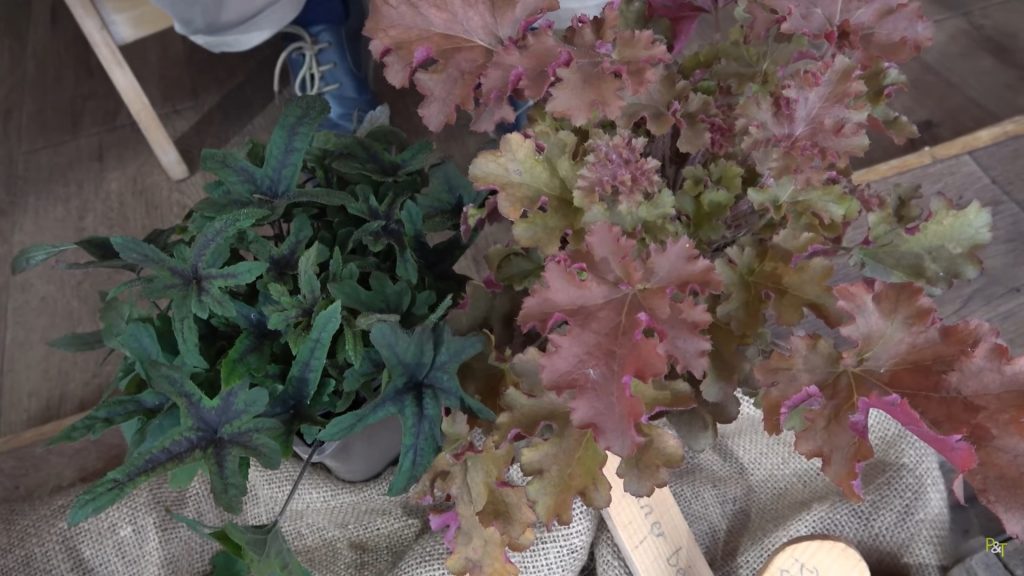 When should I prune my Hydrangea Macrophylla in the Central Valley, Northern California?

As the climate is quite Mediterranean in Northern California i.e. it’s quite hot and dry in the summer, you can probably get away with pruning it in the autumn (or the fall to our US gardeners). The reason we wait until spring in the UK is because if we get a bad cold, frosty winter, it can damage the flowering buds. However, that’s unlikely to be a problem for you if you live in California, so you can probably do it in the fall/autumn or the winter and it won’t cause any harm. You should still double check beforehand though, as we don’t want to be responsible for no flowers!

I had a white powder and black spots on my roses. How do I stop this happening again?

Powdery mildew and black spot are both common rose diseases which can be a problem all-year-round. Black spot is probably the most damaging of the two, as it can cause the leaves to fall off. It can sometimes be an indication that the plant is a bit starved or stressed, and certainly the hot weather that we’ve had in the UK could have caused that this year.

You can use fungicides in the future if you want to, but if you don’t want to go down the fungicide route then try giving the plant a good prune in the spring to open it up and create a better airflow. Get rid of all the diseased material and old leaves completely, and then feed it and mulch it with compost next spring to promote some healthy growth. You will probably get some black spot later on in the season, it’s just what happens to roses, but again, if you really wanted to, you could use a fungicide on it when the plant is still healthy.

Which apple varieties are good for growing up a trellis? Ideally one cooking apple, one eating apple or a dual purpose.

Katy is a beautiful red crunchy apple that would make a good choice for an eating apple variety to grow up a trellis. Sunset, a yellow/green apple with a flush of red on it, is another one. It’s similar to a Cox and really good for growing in the north of England. Laxton’s Superb is another good choice too. All of these eating apples are known for being good, reliable apples, and they’re all spur bearer varieties, which means that they’re suitable for training against a wall or as an espalier.

If you want an all-purpose apple for training up a trellis, then Blenheim Orange takes some beating. You eat it as a cooker when it’s young, and it ripens and becomes a much sweeter apple. 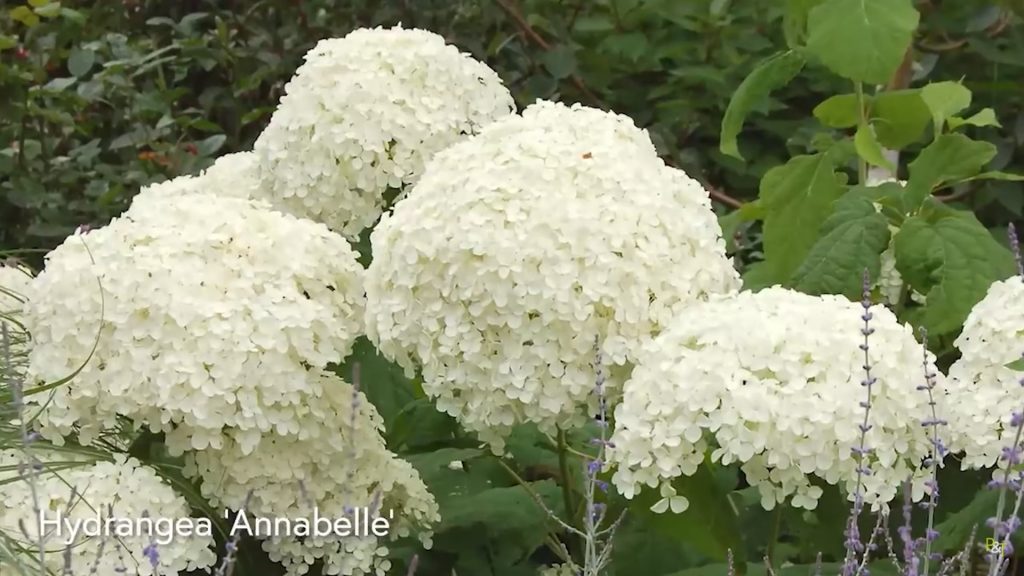 When should I cut the leaves off my hellebores?

If they’re Oriental hellebores – the ones that produce their lovely flowers around February-April time in clumps from the ground – then what you normally do is cut off the old leathery leaves that have been formed this year. Wait until around January time to cut those off, they might be looking a little bit tatty by then and sometimes they can get a fungal leaf spot. Cut those off completely, as it’ll allow for new growth from the centre of the plant to develop, so you will get the leaves followed by the flowers. Don’t feed your hellebores in January, but if you’ve got some garden compost you could put a mulch around them – not over them – almost like a donut shape, and that will keep the soil in good condition and create that lovely woodland feel that they like.

I have lots of hydrangeas and pruning is difficult, can I cut them like a hedge?

If you were to cut them with a hedge cutter and, as long as you didn’t go too hard and only cut them back a short distance so you’ve still got the flowering buds near the top of the new growth, it would probably work okay. So, have a go at it, but just don’t go too far down into the plant.

I hard pruned a hydrangea that was short of water and light which didn’t flower last year. This year, it has only produced tiny flower heads. Should I give it a feed and water and see how it goes? I’m not sure if it could be moved.

It’s certainly worth feeding and watering it more, as that’s probably the reason that the flowers are a little bit small because it’s still struggling a little bit. A bit more food and a mulch to keep the moisture there would certainly not do it any harm.

As for moving it – yes, you can move it! Hydrangeas move very well, even old established ones. Move it when the plant is dormant, water it in, and then prune it back so that it puts all of its energy back into the new growth. 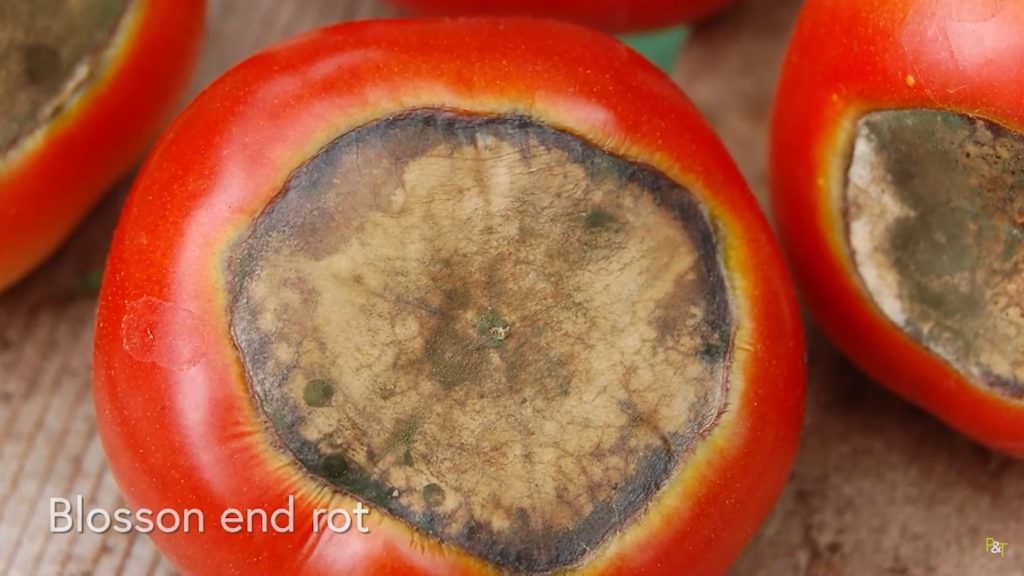 Another lace cap has had autumnal coloured leaves all summer which looks nice but unusual.

Some varieties of lace cap have got very autumnal colours with tints of red in there. It can sometimes also be a sign that they’re slightly stressed and in need of a bit more food and water, so it might be worth feeding it too.

We have a young beech hedge and want to prune it to encourage the hedge to develop into a luscious, thick hedge. Do you also prune in spring or is it just an end of summer prune just to tidy up?

If it’s a young hedge and it’s not yet thickened out, it’d be worthwhile giving it a prune in late winter/early spring. Don’t prune it too hard, but if you’ve got extension growth then it’s certainly worth pruning it back by up to two thirds. That way, you’ve still got the framework of the hedge, but you’ve made it narrower and reduced it a little bit. It will then bush out from there and all the dormant buds will grow and thicken it out. Again, feed it with a general fertiliser to encourage strong growth and root growth, which is really important. Mulch it and water it in dry weather. If it puts on lots of growth through the season, in the late summer time you can give it a trim just to get that lovely shape and then from there on it will just thicken up and thicken up, and you’ll finish up with a really thick hedge. 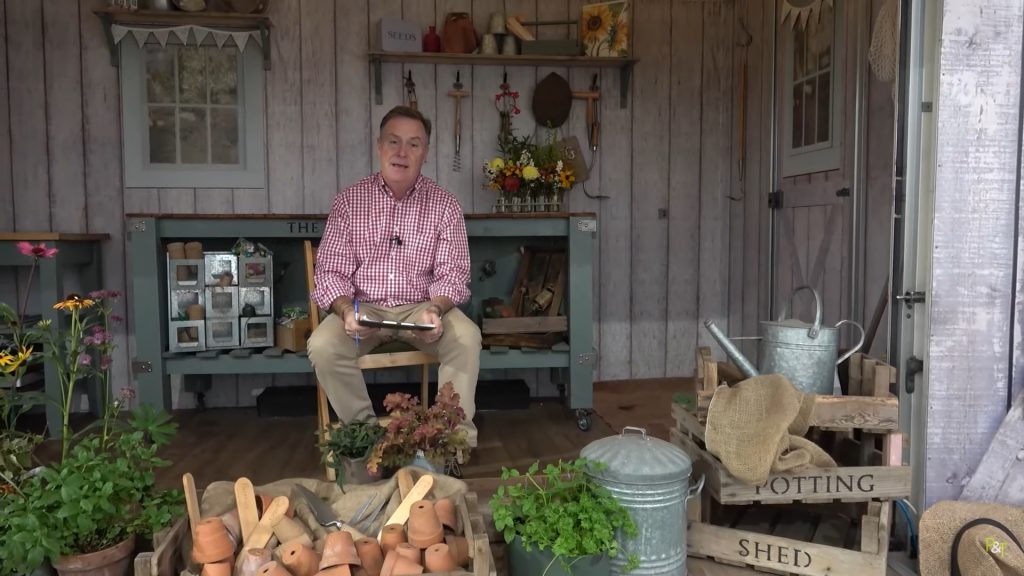 Remember, if you want a question answering, leave it as a comment over on the Pots & Trowels Facebook and Martin will do his best to get to it next time!