Learning More About Pruning Roses: A Day Out With The Rose Society UK

Damian McEvoy, Technical Lead at Darlac, recently paid The Rose Society UK a visit, bringing with him a donation of five sets of tools from Darlac for members of the team at the Rose Society and Spelthorne Council.

Darlac have enjoyed a long relationship with The Rose Society and so Damian went to spend a gloomy late winter’s day at the Walled Garden at Sunbury with the team putting a few of our tools through their paces with some late winter pruning of the rose beds at Sunbury Park.

Damian says of his arrival, “Arriving on a grey rainy morning at the beginning of March, the three members of the British Rose Society (Ray, Pauline & Neil) and myself all stood in the car park thinking, ‘Lucky we like the outdoors and don’t mind a bit of weather!’

With our waterproofs and wellies on we trooped into the gardens – which I have to say, despite the weather and it being the early part of the year before things start to bloom, still looked lovely.” 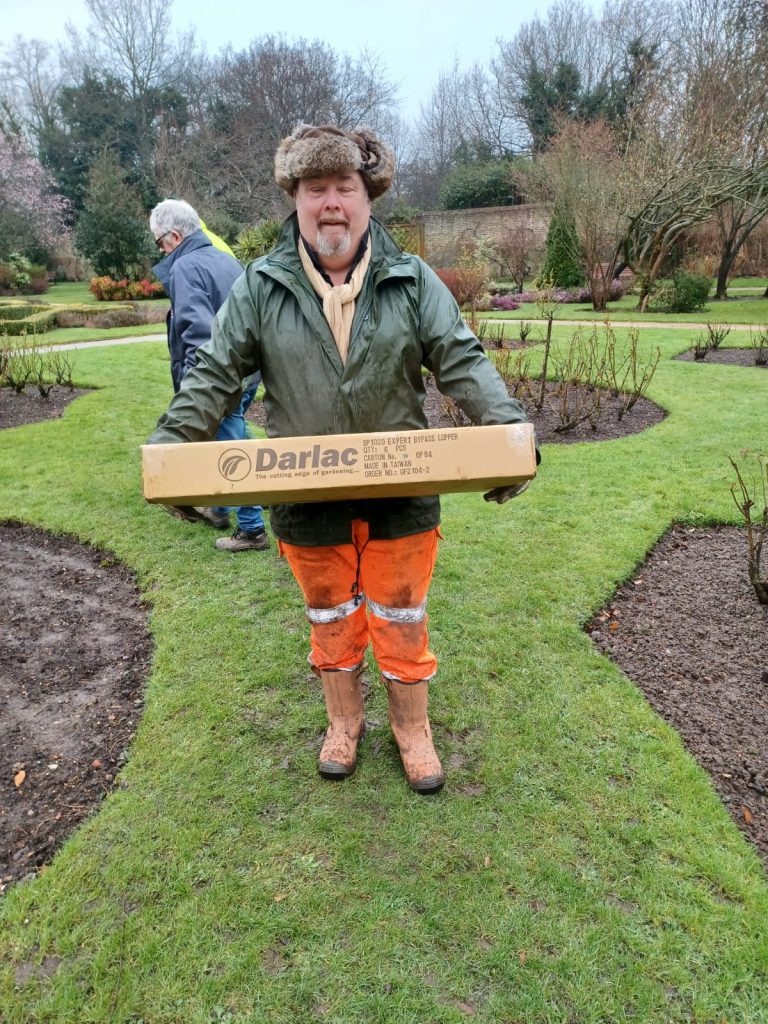 The weather may have been poor but that didn’t stop the group from setting to work. The Rose Society has strong links with the Walled Garden in Sunbury, which was built in the early part of the 18th century and is under the restoration care of Spelthorne Council since 1985. Sunbury Park is the location of a Tudor Manor House built for a courtier of Elizabeth I, which was still surviving in the early 18th century. Now demolished, part of the site of the house can still be seen to the west in the Wild Garden.

The design of the present garden incorporates four large areas of island beds with collections from all parts of the world, representing numerous plant species. The original Victorian Rose Garden was planted during the reign of Queen Victoria in the 19th century, and included varieties such as Bourbon Rose, Souvenir de la Malmaison and Marie Louise, the Damask Rose. In 1985, D.J. Squire, of Squire’s Roses, donated roses to be planted in what is now known as the modern rose garden, which was re-planted in 2020 with new, healthier varieties of roses.

It was in this setting that the intrepid group had the opportunity to explore the historic gardens, before they got to work with pruning the roses after the long winter months of dormancy. 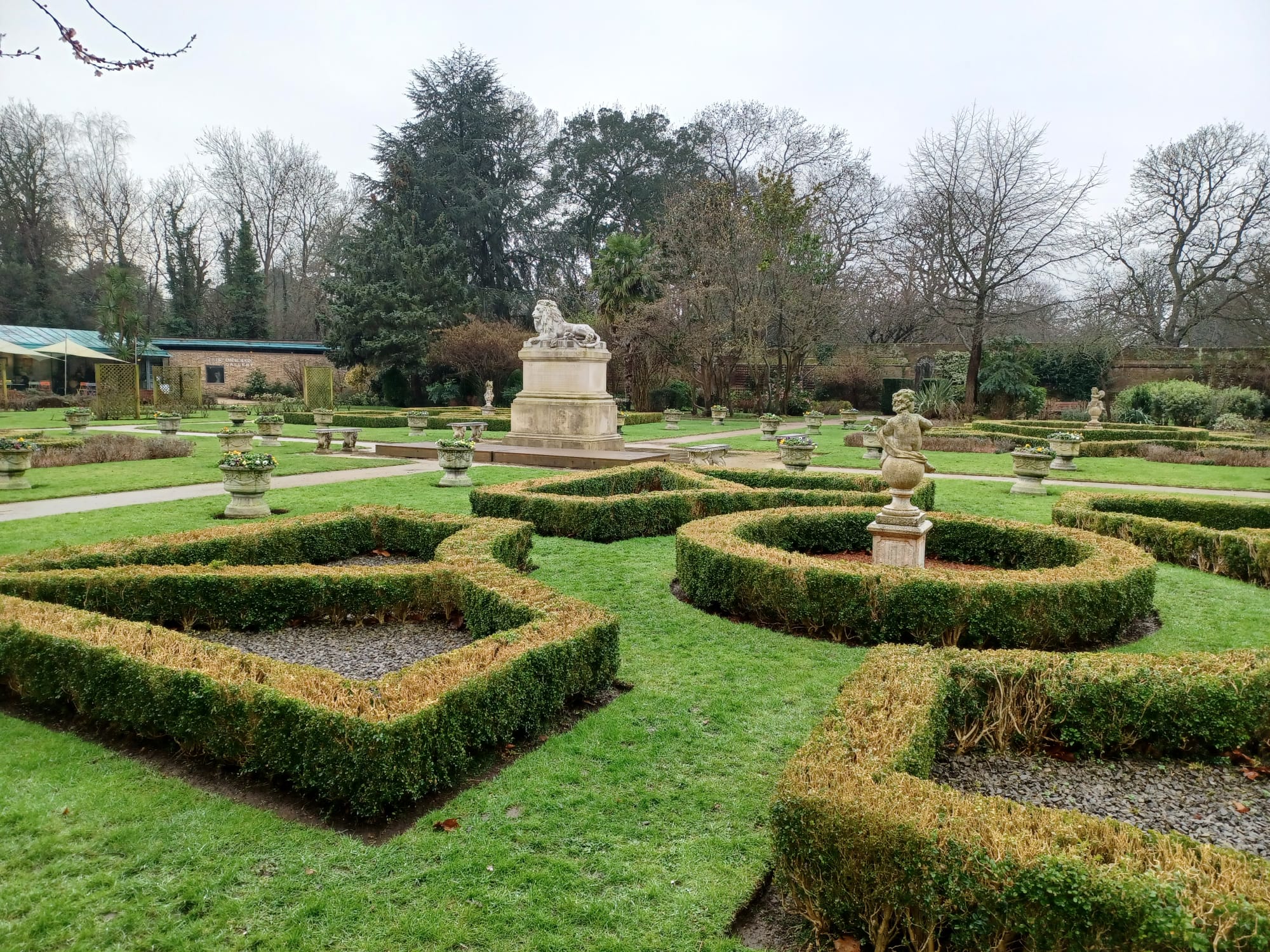 Damian ran a quick tutorial on tool maintenance before the group got to work with pruning back the roses. Damian showed them how to sharpen their pruners and laid out the importance of clean, sharp and well-oiled tools that make tough and repetitive jobs like rose pruning a much easier task. With experts in rose pruning to guide the group, the team spent time knowledge-sharing with each other and made some great changes as they worked away. Soon the gardens were looking ready for the new season ahead, and even the older established, and somewhat neglected plants got a makeover. The lopper and the saw Darlac donated came in very handy for cutting away the big woody bases, which will help to encourage new growth in these older plants, revitalising them.

As the group worked on the roses, Damian noticed one of the members of the Spelthorne Council team was having difficulty with the secateurs, and it turned out it was because he was left-handed and has never been able to find a decent pair of left-handed secateurs. Luckily, a gut-feeling had told our Technical Lead to bring a sample of Darlac’s Expert Left-Handed Pruners (DP1631) in his bag before he left that morning and so as he produced this tool, it proved to have been a fortuitous gut-feeling.

If you are paying the Walled Garden at Sunbury a visit later in the season, be sure to check out the handiwork from this experienced work party of rose pruning experts.

All in all a great (if rather soggy) day out!

Take a look at our Reels on Instagram for some snippets of footage and some rose pruning tips from the day.