How to Take Cuttings from a Blackcurrant Bush with Pots & Trowels

A young blackcurrant bush needs a prune to get it nice and bushy, so why not use those cuttings to get plenty more plants for free!

In a recent Pots & Trowels video, Martin Fish shows you how to take cuttings from a blackcurrant bush to do just that. You can watch the video below, or keep reading for all the advice, tips and tricks you need.

When to take blackcurrant bush cuttings

When you’re planting any currant, whether it’s blackcurrant, redcurrant or whitecurrant, it’s normally recommended that you prune them back hard when you plant them out. In its first year of growth, you want your blackcurrant bush to send up more than three shoots. Martin has three main stems on the bush in his video, so if he prunes it back it will likely send up six stems for the following year. It’ll then be really well established in the soil, will leave a good framework of branches on the top and then will bear fruit in its second season.

When you do plant your blackcurrant bush out later on in the spring, you will still need to prune it down. That seems a bit of a waste of all the cuttings on the top, doesn’t it? However, if you take some cuttings from it any time from November through until about mid to late February when the bush is dormant, you can propagate them to get extra plants for free. 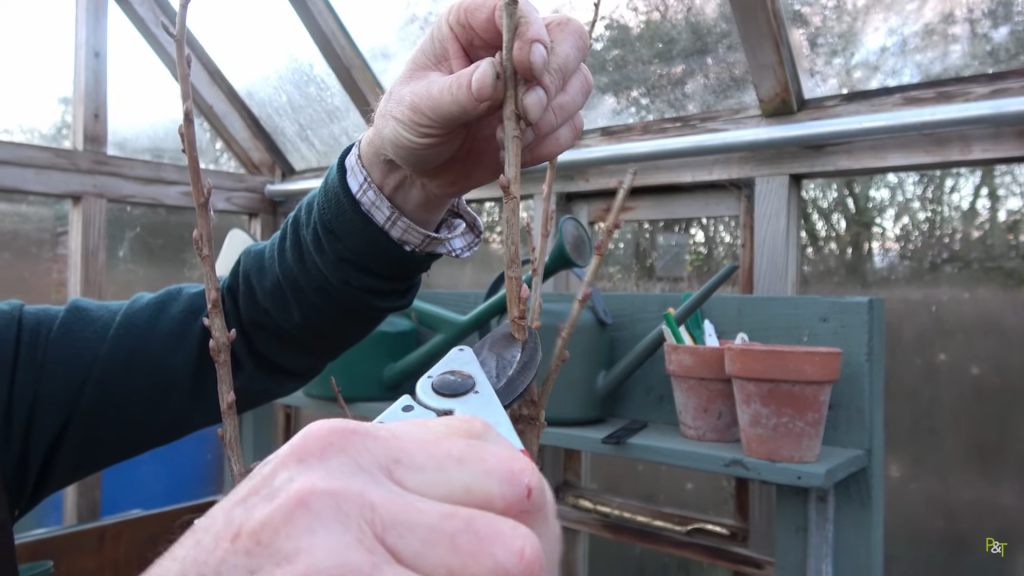 How to take blackcurrant bush cuttings

Locate the new growth and take a cutting of it from the plant. It doesn’t really matter exactly where you take it from as it will still be pruned down in the spring.

To prepare the cutting, get your trusty Darlac pruners and make the first cut at the bottom, just below a bud. Then, measure around 7 or 8 inches up (conveniently about the length of a pair of secateurs!), locate another bud and make a sloping cut just above it to help any water run off it. 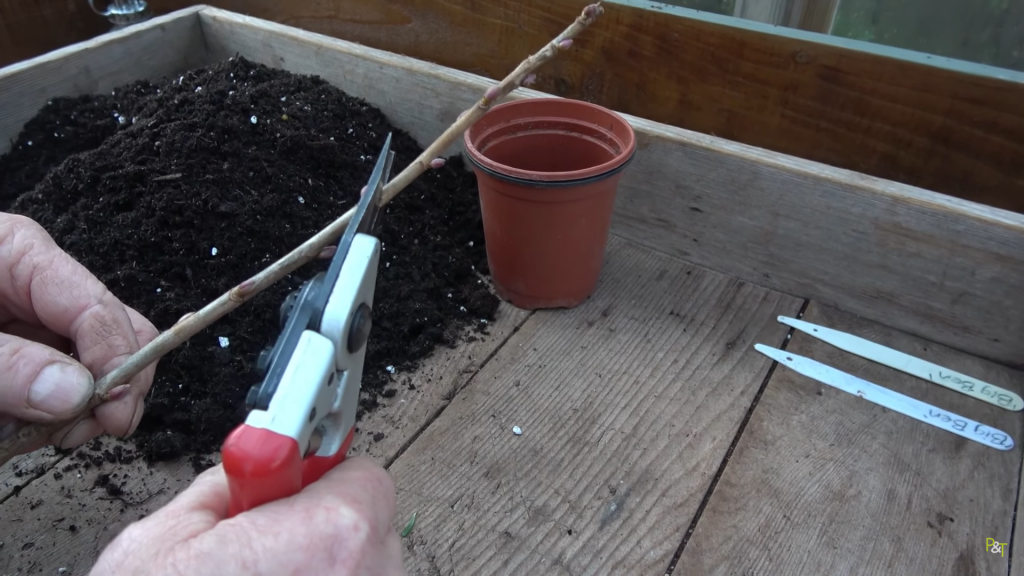 Traditionally, you take your cuttings, insert them into the garden in some prepared soil and push them in so they’re about two-thirds below soil level and one third above, but there is another way to propagate them by starting them off in pots if you’ve not got the space right now.

Root them into a 9cm (or 3 ½ inch) pot with a multipurpose mix, fill the pot, give it a tap and then push the cutting down to almost the bottom of the pot, so about a third of the cutting is in the soil, and give it a light firm. 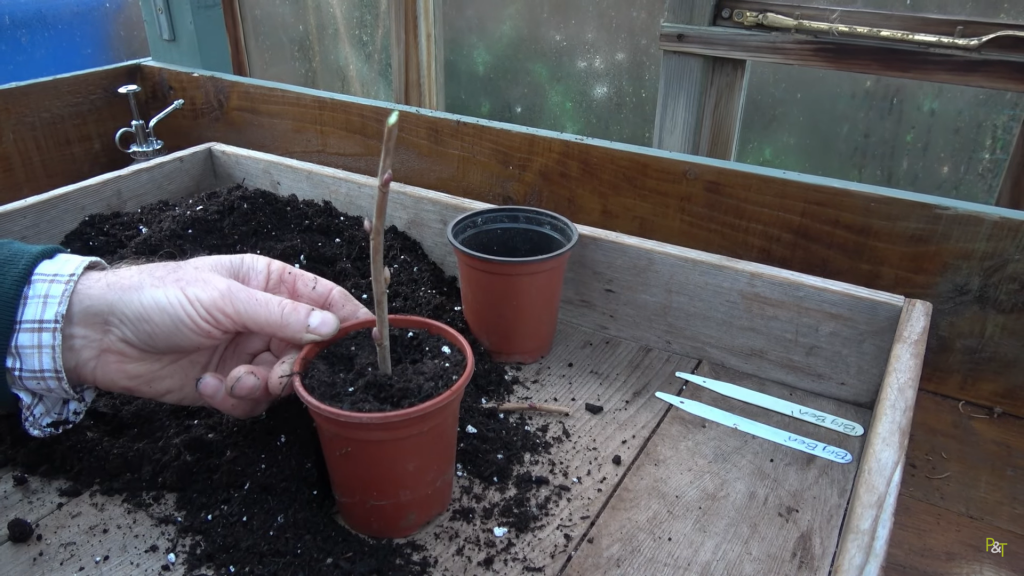 And it’s as simple as that! Be sure to put a label in them so you can identify the varieties.

They will root over the next few months so that, come springtime, you’ll see those buds will start to grow. Keep them in an unheated greenhouse or similar, keep the compost moist, and they’ll start to form a root system. Then, in the spring, you should start to get shoots growing and by the end of the growing season you should have at least a foot, maybe a little bit more, of new growth. When they start to grow, move them into a slightly larger pot to give them a little bit more room for the roots to establish, and then come the end of the season you’ll have a plant that’s big enough to go into the garden. So don’t waste those lovely blackcurrant cuttings!