How to Create a Garden Border with Pots & Trowels

Looking to create a border, or add a bit more depth to your garden borders, but don’t know where to start?

In a recent Pots & Trowels video, Martin Fish shows you how to edge a lawn, remove the turf and prepare the soil ready for spring planting. You can watch the video below, or keep reading for all the advice, tips and tricks you need to create or enlarge a flower bed or border.

When should you prepare a garden border?

The best time to prepare a garden border is in the winter to prepare the ground and get it in good condition for spring and summer planting.

How to create a border in the garden

Whether you’re building on an existing border or creating a new one entirely, measure out the space you want and mark it with a nice, tight string line. It’s really important that the string is tight if you’re going to be cutting a new edge, as if it moves around too much then when you cut the line you run the risk of having a curve. Top tip: if you’re doing a long run then push some tent pegs down along the string to keep it in place. 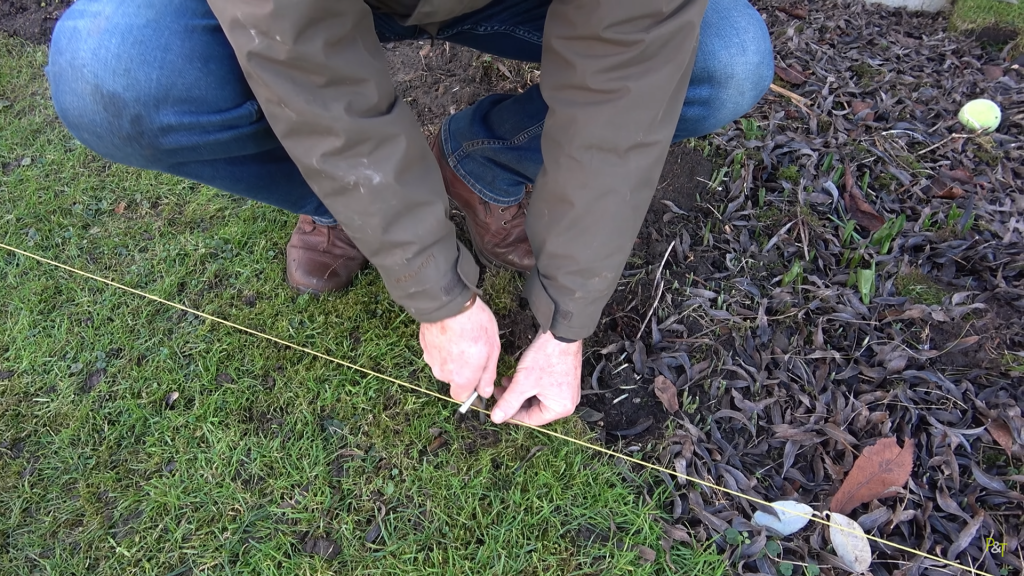 The ideal tool for creating a new border edge is known as a half moon edging iron as it’s great for cutting through turf, however if you don’t have one then don’t worry, a flat spade is still more than fine to use. Another very useful tool for this is a turfing iron, also known as a turfing float, however it’s only really worth investing in one if you do a lot of turfing. Make sure you’ve got a gardening fork to hand too for loosening the soil.

Cutting from inside the border, push your edging iron or spade down into the soil with your foot, repeatedly pushing and lifting as you work along the string line, using it as a guide. Cut down the main string line to get the straight edge of the front of the border, then cut in right angles into the border from the main edge to form strips that will make it easier to lift the turf. You could dig it in if you want to, however it can cause problems if perennial weeds live in the grass, as if it hasn’t rotted down when you come to plant the weeds will keep coming up to the surface. 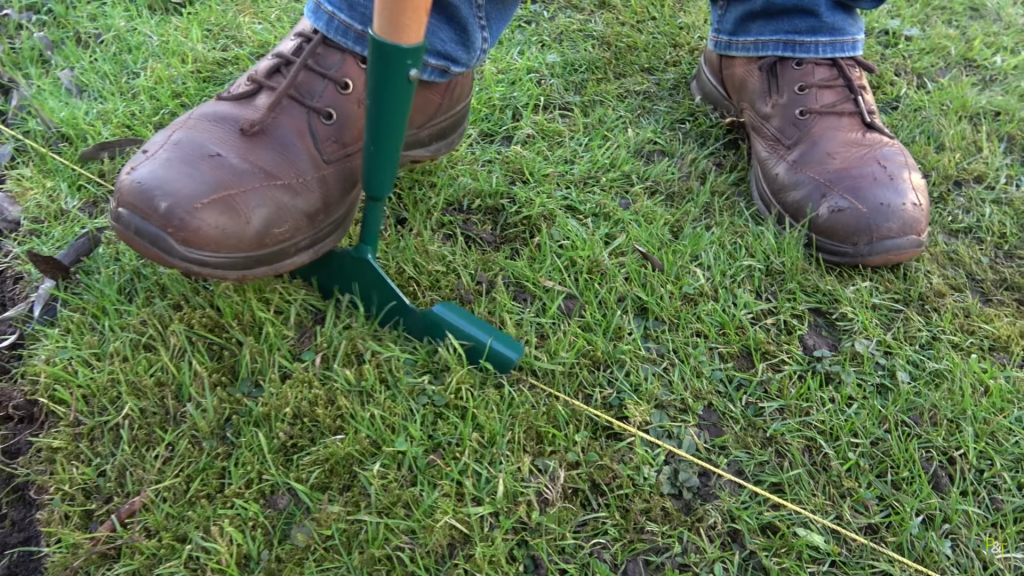 Lift each segment of turf using your spade by skimming it off to about an inch in thickness and put it to one side. Try to use a spade that’s as flat as possible, especially if you want to reuse the turf for patching in, to straighten a border out or for repairs around the garden – don’t get rid of it unless you have to.

Once you’ve lifted all the turf, you should be able to now see the start of what’s going to be the shape of the border, so the next job is to get the soil in the right condition so you can plant into in in the spring. 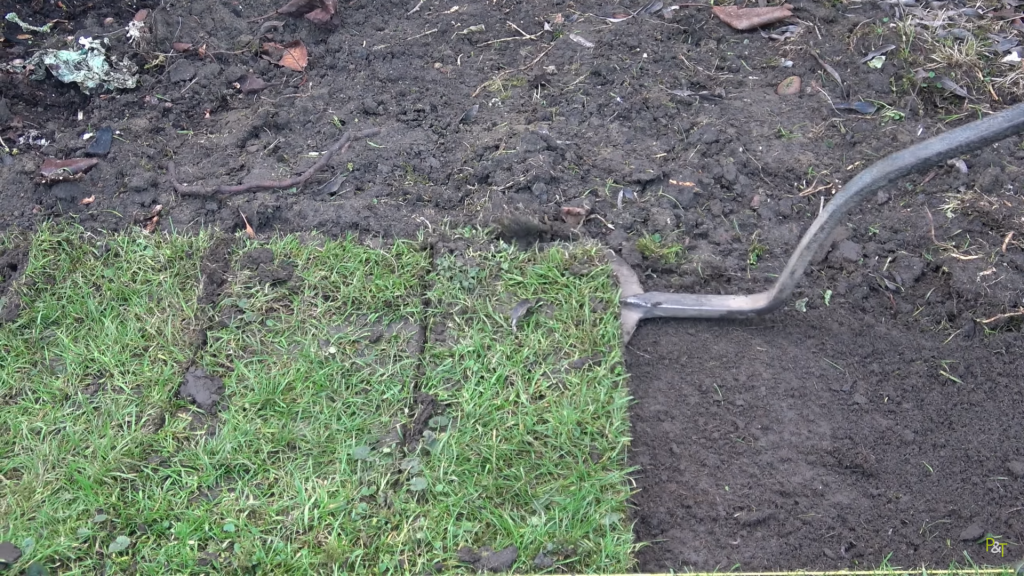 You’ll find that the ground is quite firm as it’s probably had a lawn on it for a long time, so grab a garden fork to work into it and loosen the soil, working in as deep as you can. Work around the whole border, removing any smaller tree roots you might come across as necessary by chopping or pulling them out.

If you’re working into an existing border and have any weed problems, now is a good time to address them. They’ll be more dormant in the winter so easier to handle, and removing them now will save you time and effort later on in the spring once they get growing again.

In Martin’s video, he has a problem with a spreading weed called ground elder, which spreads using underground roots. The good thing about them is that they don’t go particularly deep –  they probably don’t go any deeper than about 10 centimetres – but the problem is if you chop through the roots with a spade and leave even just a little piece in, that piece will regenerate and make a new plant. It’s a good idea to loosen them and pick them all out. It might take a little time, but it’s definitely worth it to save you having to deal with them once they start to pop up in spring. Loosening and cultivating the soil will also make weeds easier to control moving forward. 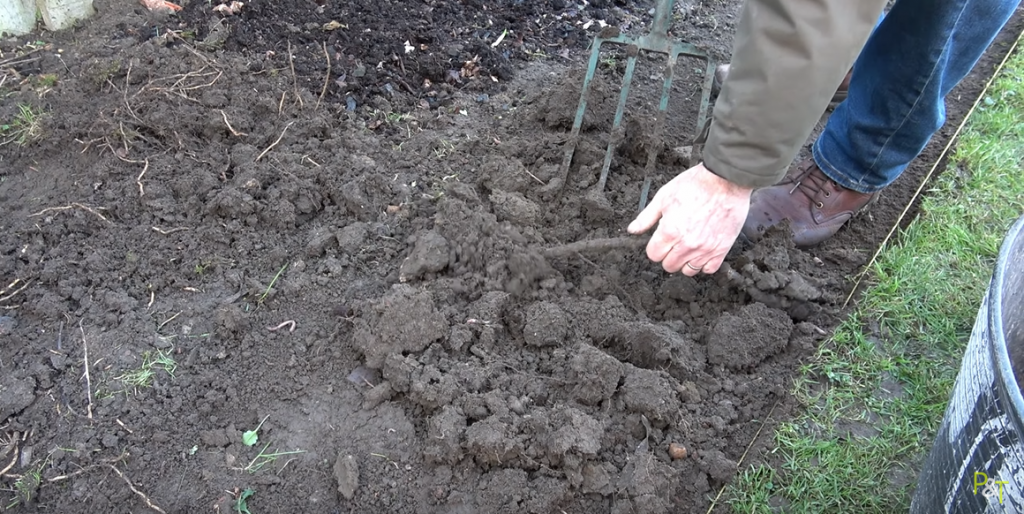 Do not throw your discarded weed roots on the compost heap as they will just start to grow and make even more plants. You can either dry them out and burn them or get them in your recycling bin, but definitely not in the compost bin.

Once you’ve worked through an ample section of soil and cleared the majority of roots from it, scatter an inch or so of compost over the top to help improve the soil and increase the organic matter content that will help to open it up even more for when you go to plant. It will help to retain moisture and nutrients so that when you do put some fertiliser on in the spring, the humus that will have developed in the soil will hang on to those nutrients for longer and will make the soil far more fertile and healthy. Don’t dig it in, just leave it over winter as the frost in late winter will help to break down any clay bits of soil in there and the worms will get active and start to pull it and mix it in. If you really wanted to you could just tickle the compost in a little bit, but leaving it on the surface is absolutely fine. 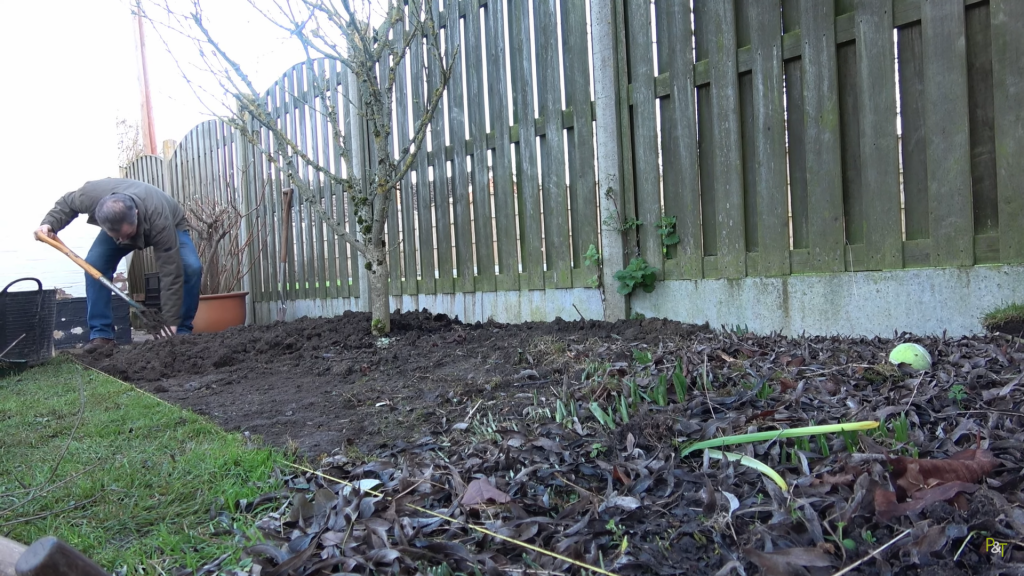 The final thing you want to do is create a nice edge, so grab your edging iron or spade and throw the edge back a little back into the border so that it doesn’t spill out over the lawn and tidies it up.

Working the soil in your border can be quite physically taxing, so don’t overdo it and make sure to take regular breaks! Don’t feel pressured to work the entire border in one go, take your time over winter to gradually work your way down the border in sections until it’s all in good stead for spring. Then in the spring, before you plant, fork through the soil one more time to unearth any other roots you might have missed and remove them too.

Once you’ve established your new border, be sure to check out our DP812 Telescopic Edging Shear or the DP813 Edging Shear to add the finishing touch to your border edges and keep your lawn nice and neat. 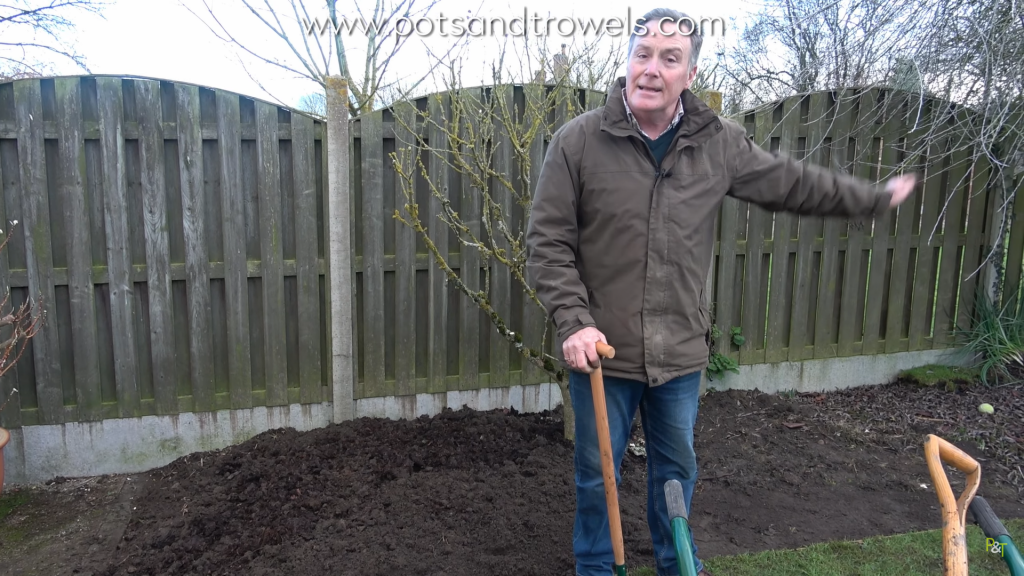